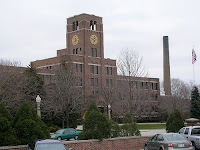 About 145 miles north of Chicago in Wisconsin is a weekend retreat called The American Club. It's a nice hotel with a spa and a posh restaurant but it's the resort's part of local history that makes this place unusual.

In 1873 an Austrian immigrant called John Michael Kohler purchased the Sheboygan Union Iron and Steel Foundry, the firm did well producing cast iron and steel implements for farmers plus ornamental iron pieces that included cemetery crosses. Then Kohler seized upon a bold idea by applying a baked enamel coating to a Kohler horse trough and hey presto the man had created the Kohler Companies first ever bathtub.

The bathtubs were popular for reasons that I guess are obvious and in 1913 John Michael Kohler made an unpopular decision and moved the company 5 miles from Lake Sheyboygan to the middle of the countryside. Kohler sadly didn't see the fruits of his planning as he died but his son took over and carried out his fathers dream to not only build a factory but a whole community erecting a village with family homes, a school, a village hall, a fire station and a dormitory for the unmarried immigrant workers. 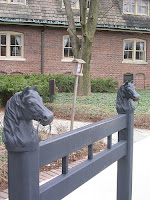 This dormitory wasn't any old dormitory with elegant oak panelling, stained glass and brass furnishings and the workers lived royally for $27 a month for "room, board and plain washing," but as the immigrants settled into American life, which included an evening school where workers practiced becoming American, that is eventually what they became and the need for the 'American House' was no longer. So in 1981 it was reopened as an elegant hotel after 3-years of restoration.

Kohler wasn't the first planned community or new town as we call them. South of Chicago's Loop is a town called Pullman, synonymous with a train carriage company of the same name and Letchworth in Herts was one of the very first new towns with a prolification of others after WWII. Basildon anyone?

Today Kohler's town of 1,900 inhabitants, most of which don't actually now w 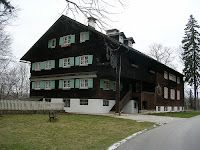 ork at Kohler, is home to four golf courses, including the ostensibly wonderful Whistling Straits, venue for 2020 Ryder Cup, a private country club, a botanical garden, health club, pub, restaurants, and shops as well as the historic tribute to Kohler's Austrian roots, The Waelderhaus (right). Also with no explanation the hotel has an antique greenhouse, originally attached to a hospital in Chorley Lancashire and bought in auction by Kohler in 1979.

The hotel itself is a cross between the preserved and the contemporary and suceeds fully in being a country retreat where staff are equally friendly and discreet. By the way the countryside is beautiful and you almost fail to notice the billowing smoke coming out of the factories huge chimney's. In fact without the furnaces and the production sheds Kohler wouldn't be the same. 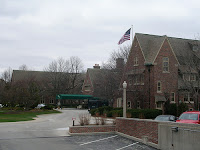 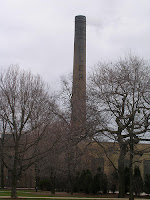 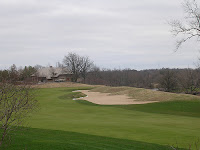