Thursday, 15 September 2005
Dubai It's the Vegas of the Middle East, it's one of the world's biggest construction site, only 20% of the people that live there are Arabic and economically its the 2nd most important emirate (out of seven) behind Abu Dhabi, the capital and the seat of the UAE's huge oil wealth (it's reserves are the 3rd largest in the world).

The discovery of oil was made in 1966 and it led to rapid economic growth and the ruler at the time Sheikh Rashid bin Saeed al-Maktoum was quick to realise that the oil would not last forever. Dubai diversified and built the world's largest man-made harbour (oil is about the only thing that is not man-made in Dubai!), the banking and real estate sectors grew too and the emirate threw money into tourism.

In contrast oil contributes only 28% of Dubai's GDP, whereas for Abu Dhabi it is 90%

5m foreigners now visit Dubai each year, and they have been hugely successful in attracting shed loads of foreign investment. Most large global companies have their Middle Eastern offices based in the city of Dubai and most goods are tax free.

Only 20% of the people that live in the UAE are nationals and this number is probably even less in Dubai where the population consists mainly of Indians, Pakistani's, Filipinos, Iranians, Lebanese and Europeans.

Emirati's have proved themselves to the outside world to be shrewd and urbane but they continue to hold their Bedouin heritage dear. There is a new wave of generations that are looking to change the national psyche but meantime women are still covered from head to toe in long black robes that covers the body, called an abeyya, whilst men rule the roost and can still take upto 4 wives.

Nevertheless today Dubai is very westernised, seen nowhere better than at Starbucks where men sit around discussing the camel racing results and shouting into one of their two mobile phones. At the next table women with the most intricate eye make-up and dripping in gold sit giggling with their girlfriends with Gucci and Hermes bags sat at their feet.

Dubai has that pull that Vegas has, you know you just have to see it, feel it and walk around in it. It is exciting and exhausting at the same time. Vegas without the gambling and drinking (strictly adhered to of course!)

We spent 4 nights in the desert about 40 miles outside of Dubai. A remarkable setting with camels wondering around and just sand dunes in every direction as far as the eye can see. The hotel had opened 8 months and it was out of season and pretty quiet. However mainly British, German and French voices could be heard around the pool. Our most memorable dinner was here at a Bedouin festival night with dancers and music.

We visited the souqs, wondered around the old town at Deira, crossed the creek on a dhow for 8p, rode camels, drunk fruit juices at street vendors and had a fun day at the Wild Wadi Waterpark.

During the day we found a great place for lunch down past the Dubai Museum and near the Bastakia Quarter called the Basta Art Café. The Lebanese lady that owned it said that we were too friendly to be English!

At dusk in Vu’s Bar (50th floor of the Emirates Tower) we sat opposite some Arabs having a crafty glass of Merlot, whilst we sampled some cocktails.

What Dubai has became famous for is it hotels and its shopping. Emirates Tower was what we expected - top ticket brand names at prices disappointingly similiar to London and more expensive than Chicago. Even more disappointing was the Ibn Battouta Mall which is only worth a visit if you really want to shop at Next, BHS, and Debenhams!

The most sought after photograph is that of the Burj Al-Arab hotel. The only 7 star hotel in the world and the most opoulent I have ever visited. It stands on its own island 280 metres offshore and is one big temple of glitz. If you like glitz then you will love this place.

Dubai is determined to be a mecca for people that like luxury and like it in bundles. Palm Island is an enormous development being built out in the Persian Gulf in the form of two palm-shaped islands. It is near completion and Posh and Becks have already snagged a small place there.

A developement called The World, 300 islands stuffed with residences and boutique hotels can already be seen from space. On the drawing board is the world's tallest building. The height purposely kept under close secret so that no other world city usurps them with bigger plans. An underwater hotel, indoor ski resort, the worlds biggest shopping mall (9 million square feet, don't tell the other halves!) and more skyscrapers than you can shake a stick at.

They have thrown money at bars, nightclubs, DJ's, restaurants, Gordon Ramsey has a place here. Dubai hosts the richest horse racing event (end of March) in the world, it is also home to some of the planets finest race horses. The Dubai Rugby Sevens (December) is a highlight of the social calendar, the golf desert classic (March) attracts Tiger et al and Roger Federer is the current holder of the Dubai Tennis Championship (February).

We have made a promise that we will go back in 3 years because it will be unrecognisable from what we saw in August. It is must-visit place, it is hot and reasonably good value if you know when to put a lock on your wallet!

Dubai is different from a lot of places in the both the west and the east with culture and glam in equal measures. Walk along the creek (Khor Dubai) and look at the immigrant workers piling cargo sky high onto wooden dhows, wonder the spice souq and then pop into a roof-top bar for a champagne cocktail and a smoke on a shisha. 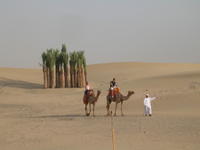 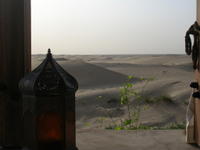 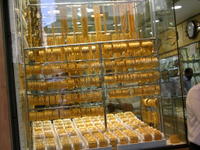 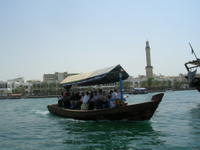 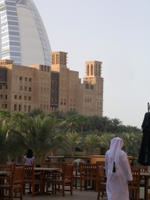 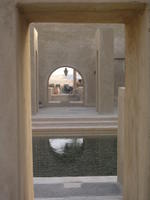 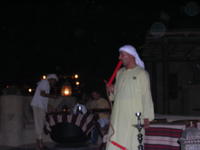 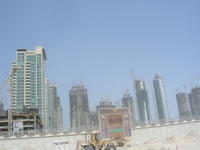 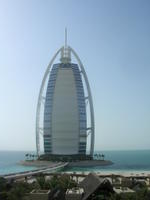 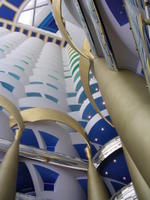