Monday, 14 November 2005
My Chicago - #4 River North River North is the neighbourhood in which I live. Bounded by the curve of the Chicago River the neighbourhood, also known as the gallery district, begins at Clark Street to the east and ends at Chicago Avenue to the north.

When Chicago's downtown employment shifted dramatically from manufacturing to professional services in the 1980s, the Lower North Side industrial areas, just across the river from the Loop and a mile west of the famed Michigan Avenue was transformed into River North, a focus of arts and entertainment.

By the 1990s, developers had converted thousands of acres of former industrial lands and warehouses near the north branch of the Chicago River into offices and housing. The artists, bars and restaurants moved in and a familiar pattern emerged as speculators began purchasing property.

Just a few blocks north of Chicago Avenue though remains an area known as Cabrini Green, one of the most infamous and dangerous housing projects in the world. As new townhouses spring up all around the 1950's boarded up, part-demolished public housing high-rises, plans for its transformation continue both in litigation and by developers mechanical diggers.

Development is everywhere in River North, just up the street from me they are building 16,000 sq ft mansion homes. You could lose a football team in there, let alone a family of four. Vintage loft buildings mix with modern architecture, studio buildings, furniture and antique shops and galleries.

River North is home to over 70 art galleries and it has the largest concentration of them in the United States outside of Manhattan.

It is also a mecca for restaurants and bars. Some of my favourites in the city are all within strolling distance of my home. Japonais (600 W. Chicago Avenue), Coco Pazzo (300 W. Hubbard St), SushiSamba (504 N. Wells St), Shaws (21 E Hubbard Street) and the place I always take people that want to taste Chicago's renowned steak Fogo de Chao (661 N. LaSalle Drive). Starve yourself for a week before you eat here.

Other treats not to be missed out on is brunch at Ed Debevic's on 640 N. Wells Street, a pint at the Green Door Tavern (678 N. Orleans Ave) which was built a year after the Great Fire in 1872 or try my most recent haunt The Kerryman (661 N. Clark St). Chicago is famous for its blues and there are few better clubs than Blue Chicago at 736 N.Clark St. Its also famous for its Italian Beef sandwiches. I've never been but there is always a queue out the door at Mr Beef (666 N. Orleans St).

The biggest and best (and most expensive) health club in the city is down the street by the river. I am told you will likely be on the rowing machine next to Oprah Winfrey at the East Bank Club (550 N. Kingsbury), but I would have thought you more likely see her at Dance Chicago (415 W. Huron St).

Right on the north-side of the river is the huge Merchandise Mart, which is the world’s largest commercial building and the largest wholesale design center in the United States. The impressive building encompasses 4.2 million sq ft and spans two entire city blocks and rises 25 stories.

River North is an exciting place to live, it is ever changing and is both lively and quiet. People pack bars, while others walk dogs along tree lined streets by the river. A familiar noise though is the sound of horses trotting by my bedroom window late every night after a day of escorting tourists around the city in carriages. I've still to find out where they go though. 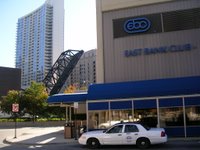 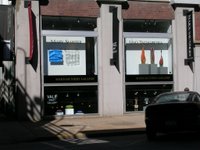 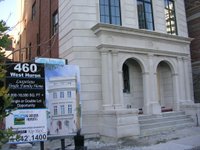 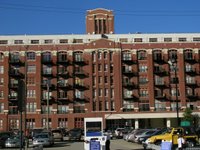 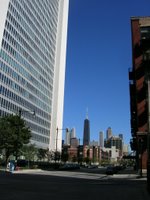 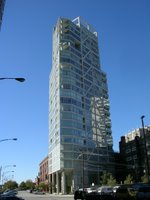 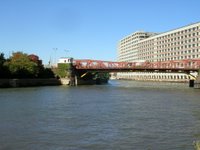 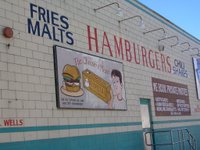 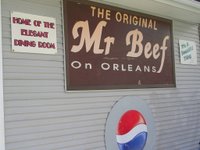 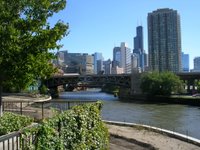 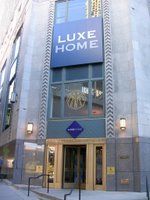 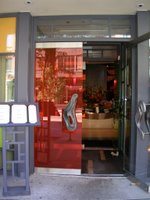