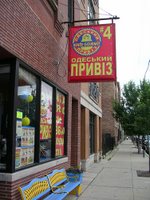 The first of wave of Ukrainian and Russian immigrants arrived in Chicago in the late 1800's, by 1930 the Ukrainian population was estimated to be between 25,000 and 30,000 and they were nearly all gathered in the small area bounded by Damen Ave, Division St, Chicago Ave and Western Ave.

Although boosted by a new wave of immigration after Ukraine became independent, only around 2,000 people that now live in this neighbourhood claim to be of Ukrainian descent, the rest are young professionals who chase cheaper housing than they can find in Wicker Park or Bucktown north of here. However when I went walking around there the other day the signs are very much there. Little old ladies dressed in black talking hurriedly in mother tongue stood in groups whilst men d 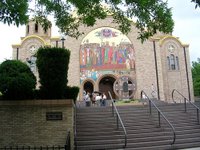 ressed straight out of the 1970's played board games in the street. The Village Grocery (2204 W Chicago Ave) was busy and there was much activity around the many cultural type associations and the beautiful Saints Volodymyr and Olha Church (2245 W Superior St, right).

The highlight of the stroll was walking into an outdoor church service, w 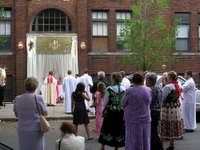 ith men and women dressed in traditional dress. It was all very sombre and I felt humbled to sit at the side of the road and watch.

New apartment buildings sitting in between some rundown housing gave evidence of gentrification as did a couple of trendy cafes and bars like Atomix (1957 W Chicago Ave) and The Dark Room (2210 W Chicago Ave). 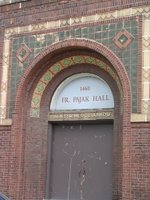 he Holy Trinity Russian Orthodox Cathedral (1121 N Leavitt St), which was consecrated in 1903 and designed by famed architect Louis Sullivan to serve as a centre for the Russian neighbourhood. The construction was partially funded at the time by Tsar Nicholas II of Russia. Now it is designated a National Historic Landmark in the USA.

What I find ever amazing about Chicago, is that places like this exist just a stones throw away from the main hub. Families recreating a place far away, of which many probably have never even been too. Within the shadows of one of the world's biggest cities, their own little world. 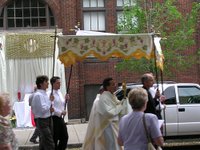 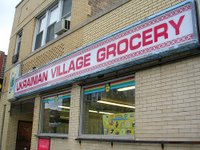 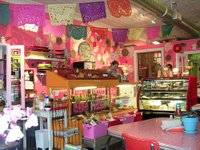 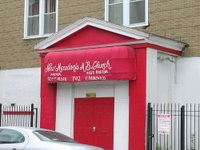