Wednesday, 21 February 2007
The men in charge - part four Part four of the series. 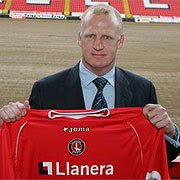 I was touting Billy Davies as a potential new manager long before Curbs’ meeting with Richard Murray about contract extensions and all reports seem to point to the fact that he was the board’s first choice after Curbs left following the final game of last season. The disconcerting thing was that although fans had been talking about potential future managers, once Curbs finally walked off into the sunset, the board obviously wasn’t.

There has been a catalogue of mistakes made by the board this season, and from a club that plans seemingly more than its peers, its biggest failure was to have no succession plan.

A terribly flawed European type structure was put into place immediately after Curbs departure, which had about as much planning and substance of an Enron financial statement.

Billy Davies didn’t like it and declined our offer, which coincided with Iain Dowie walking out of Simon Jordan’s boudoir, and with an ongoing war of words between our favourite Tango Man and the Addicks board, Dowie was given an interview.

Dowie spurred on by the chance to manage up the ladder and be nearer to his family in Bolton bluffed his way impressively through the job interview and nodded at all the right moments and was offered the job.

I would have preferred Davies but Dowie made all the right noises and let’s face it, it was one in eye for those stripey twats down the road, wasn’t it?

I was under no illusions that this was going to be a tough season, post Curbs. The club foolishly gave Dowie access to club’s debit card and despite a month at the world cup he still managed to sign a whole team for the princely sum of £11m, none of which actually inspired apart from Carson and sadly perhaps JFH.

Our opening schedule of matches was horrible and most of us were expecting a bottom 3 position after the 7th game on September 30th against Arsenal.

What I liked though was the refreshing way Dowie had the team playing football and the way he handled the press and treated the fans at the game and I was warming to him as were others, highlighted by 1,500 fans going to Craven Cottage, including me and heartedly singing his name during and the after the loss.

Injuries were also proving to be a major hurdle, this despite hamstring man John Harbin being brought in by the club. Prior to Dowie’s last game at Wigan, we went 6 games without a defeat and at that time were putting together probably our best defensive displays of the season. To add to this ID also took us further in the League Cup than any other Charlton manager previously.

Then on November 13th the bombshell came - the board sacked Dowie. We may never know the reasons behind that decision and remarkably the details are still very anecdotal although the most prevalent point of view is his failure to comply with Murray’s management structure and engaging his older brother, perhaps both before and after he was employed by Palarse, in some judgments that he made on behalf of Charlton. It has even been said that Bob Dowie was in the dressing room before the Fulham away game.

One thing I don’t buy into is that his 'unusual' coaching practices got him the boot. If the Charlton board were shocked by these, then they did even less homework on him than I thought.

I still maintain that I was disappointed to see Dowie go. He clearly had the support of the players and the majority of the fans although hindsight has shown that some of his signings were poor, very poor indeed. However the consequences of what materialized at the club and the disruption it caused has to be taken into account when we now scrutinize some of the players he brought in and their form.

Dowie’s sacking was shocking and very un-Charlton like but worse was to come. 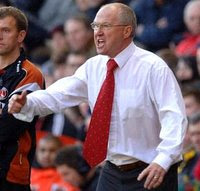 Les Reed was a Charlton man, is a Charlton man. Fans remember him fondly as first team coach of the team that Curbishley built and promoted via the play-off’s in 1998 and his return to the club in the summer was welcomed by me.

However when the board appointed Reed to replace Dowie there were two obvious questions. One was why he had never ever been a manager before; he was after all 54 years old. Secondly why did the board appoint him straight up as manager and not caretaker? Give him a few games and we’ll judge him then I thought.

The run of games that Reed faced after he took over on November 14th were all winnable. He got a rousing reception at Reading but we lost. He then got a good welcome at The Valley against Everton and we did scrape a draw thanks to a fortuitous goal by Reid.

There was no new manager bounce, the players publicly stated their dismay at Dowie’s sacking and all was not well. His press conferences and his sound bites became more and more peculiar and with him having no real relationships with the media, reporters had found a stooge.

Games came and went and we were getting worse and yet Reed would come out and say such things as: "While this is now a step backwards, we are not back to where we were." In fact some of his post-match comments became sadly hilarious, only enhancing his lack of inter-personal skills and his naivety in front of the press.

There was silence from the boardroom but the fans were losing their patience as we witnessed our great club fall apart. It was a disastrous time, we threw a great chance of making it to a cup final and then there was the 7 Premiership games we will probably live to regret come May. The defining moment came at The Valley when the ground turned on the players and ultimately the ‘head coach’ with chants of "Your not fit to wear the shirt."

These were desperate times and the club was in a mess, yet the board’s glove puppet Peter Varney continued to support Reed. That was up until late on Christmas Eve with the club dire straights a paragraph heading the official website made yet another shock announcement. It turned out to be one of the best Christmas gifts Charlton fans could have ever hoped for.