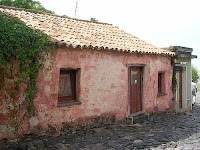 Uruguay is a small country, the 2nd smallest in South America. Almost half of its 3.3m population lives in the capital city Montevideo, a city only 140 miles across the River Plate from Buenos Aries but very much with its own identity.

Uruguayan people have one of the best literacy rates in the western hemisphere and the majority of people we met spoke very good English, which is mandatory in schools. Uruguay like Argentina is made up almost entirely from European immigrants, mostly Italian and Spanish and the influences in the places we saw were all to see. Restaurant menus are mostly made up of home made pastas, pizza, grilled meats and spinach pies. The most popular Uruguayan meal is a Chivito, which is a sandwich with basically everything in it and then topped by a steak. To eat a whole one is a challenge.

Maybe it was this that Omar Pouso missed the most, although last time I was in Tesco eggs, bacon, cheese, ham, tomato, lettuce, mayonnaise, steak and bread were all to be found!

From the towns and roads we travelled the quality of cars and houses were not overly important to the average Uruguayan, however almost without exception everyone we came across was friendly and immaculately dressed. 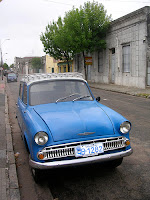 Petrol is expensive in Uruguay and therefore mopeds and bikes are popular means of transport but my lasting memory of the country will be its cars. There are so many old cars in Uruguay they even have a name for them, cachilas, and this created a thriving cottage industry of mechanics, dealers, suppliers of parts and historians. A great article on Uruguayans cars can be read here.

We spent a day at Colonia del Sacramento, Uruguay’s 3rd biggest “department.” It is only a short hydrofoil ride across the River Plate and a summer retreat for the Portenos of Buenos Aries. This small beautiful town was originally colonized by the Portuguese in 1680 and it went on to change hands no less than 11 times in the first 100 years of being as the Spaniards, Portuguese and the Brits battled over this important and strategic point of defence on the coast of the Rio de La Plata.

The two different cultures are clear to see as their past endeavours share Colonia’s cobbled streets. The town, the oldest in Uruguay, is split into two separate parts with the original town, Barrio Historico declared a UNESCO World Heritage Site in 1996.

In the Barrio Historico the cobbled streets with it’s colonial houses is picture perfect, seemingly untouched by the modern world save the shops on the main street called Avenue General Flores and the cutesy restaurants dotted around the town squares.

We wandered up and down the tiny streets, as ancient English and American cars passed us by slowly giving us a real glimpse of Uruguay and its smiley faced people.

The lighthouse which sits within the ruins of a convent built in 1694 gazes over the town and the original city gate was rebuilt in the late 1960’s and branching from there are a number of amazing step back in time streets such as the Calle de los Suspiros (Street of Sighs, top left). On the lovely Plaza Mayor sits the Municipal Museum, once the home of Irishman Admiral William Brown, who played a heroic role in Uruguay's independence and Casa de Nacarello dating back to 1790.

Lots of little galleries and shops litter the cobbled streets, some nice, some naff and there are a surprisingly good quality of nice restaurants and cafes. We ate in the vibrantly decorated El Drugstore.

There are a few decent hotels too, such as the Posada Casa de los Naranjos, situated in an attractive Colonial House with names for rooms instead of numbers. 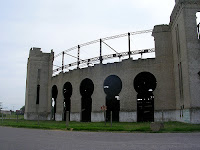 posite end of town along the beachfront and past the weekend homes of today’s moneyed is Real de San Carlos and witness the remains of a young man’s dream. Around 100 years ago an Argentinian with far too much money decided to build himself an empire of fun. A bull-ring (left) sadly lies derelict and has not been used since 1912 and the once largest handball stadium in the world also lies empty and neglected.

However a racetrack is still in use as gambling–mad Uruguayans watch horse racing twice a week. It is a sad place but there is hope of a renaissance despite the government’s malaise, a Sheraton hotel has opened a hotel there and there is talk of other private investment.

Colonia is also home to Uruguayan 2nd Division football team Club Plaza Colonia. They play at the 12,000 capacity Estadio Profesor Alberto Supicci. We went past the stadium and if it holds 12,000 then I will eat 3 Chivito's!

Nearer to our hotel was the sleepy backwater town of Carmelo. Founded in 1816 by national hero José Gervasio Artigas there isn’t much to see apart from sad looking streets, with old, old cars slumped up against the curb. It reminded me of some of the bleak old parts of Eastern Europe, another place where MOT’s are clearly not required.

The River of C 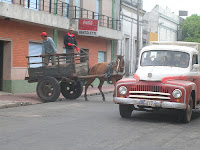 ows (Arroya de las Vacas) is Carmelo’s main attraction with its swing bridge, the only one of its kind in South America and just a short walk or bike ride to the sandy beach. The main meeting point it seemed was around the Piccolino restaurant in the town square, where local families ate and sipped on the local drink Mate (pronounced ma-te), which is truly disgusting so we ate Uruguayan pizza instead.

The Carmelo area also has a little explored wine country. Only 2% of the wines harvested in Uruguay are exported, and after tasting some of them I can see why. However there were some exceptions such as Héctor Stagnari. The grape used is Tannat, brought to the country from south-west France in the late 19th century.

For a great experience of the Uruguayan wine country visit the Finca Narbona. It has a 1,000 acre vineyard, a recently renovated winery, cheese factory, bakery and two rooms if you have a glass to many to get back to whence you came. There's free mosquito spray as well which you will need if you sit outside. Ask for Augustine, a regular little entrepreneur. If you ask him nicely he will show you around and may even take you up in his private plane too!

Our experience was that if you can release yourselves from the shackles of your hotel then Uruguay can be very cheap, particularly when you compare their Peso to the pound. A litre bottle of the decent local Pilson beer can run 90p and a Chivito sandwich £1.20 and you can probably pick yourself up a 1970 Ford Cortina for about 50 quid.

However our hotel, albeit they did their best to look after us appeared intent on wanting to arrange everything for us, which of course comes with a price, and a price in US$, where an organized taxi would feed a Carmelo family for a month.

I would have liked to have got down to Montevideo, if only to hunt out Omar Pouso. Its 2m people are said to have a one of the best qualities of life in South America and the cities 14 miles of sandy beaches sweep up onto a modern capital with its colonial spirit still very much in tact.

If you get to Uruguay stay in Montevideo visit north to the tiny town of Colonia with its huge history and travel 2 hours south to Punta del Este, said to be the St Tropez of South America, just without the food and wine!
Click on photos for a larger view: 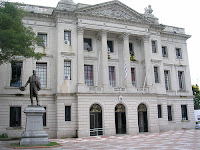 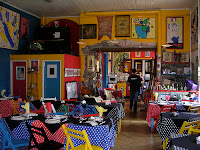 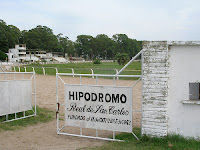 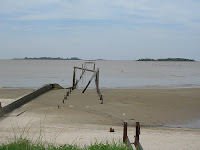 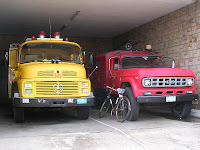 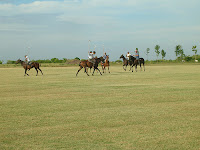 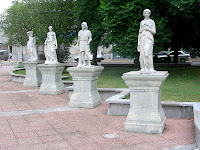 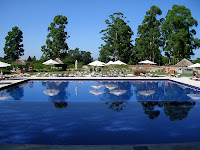 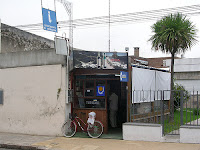