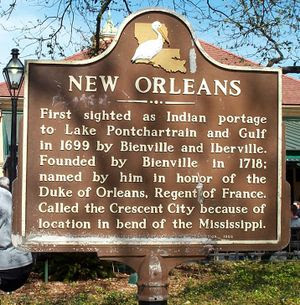 Flew back in from New Orleans this morning, bloody tired, and my that place is dangerous and I'm not just talking about the hordes of unsavoury types walking the streets but also the minefield of Bourbon Street and it's bars, beads, naked breasts and smell of puke. At 4am the other morning it did occur to me, not for the first time, that a man of my age and upstanding should be in bed with a cup of cocoa and Jay Leno. New Orleans is one hell of a place.

Driving into the city on Sunday was not pleasant viewing and I did make a vow not to leave my hotel room, the state of some of it's streets and it's people did not make for pleasant viewing. The population of New Orleans city itself has halved since Katrina to just 250,000 and stories of troubles getting staff particularly in the service industry were well founded.
We were advised to keep to busy streets and not veer too far from the French Quarter but having grown up in London and having been to many of the world's biggest cities, I don't personally get preturbed by groups of people hanging around street corners or beggars following you along the street, of which there were many. Although it is best to keep your wits about you, don't flash expensive items or money about and know in which direction you are going, without the aid of a large streetmap.
To my surprise during my 4 days in the Big Easy, the place really grew on me, and although free-time was at a premium the more I walked around the narrow streets, the history of the place started to induce me.
Established by the French in 1718, the French Quarter with it's frilly wrought iron balconies, tall shutters and spacious courtyards is their legacy and the busiest part of the town. In this area you will find both the sublime and the ridiculous. Royal Street is wonderful for nosing in shop windows at the galleries and antique shops. Chartres Street has some charming homes and beautiful restaurants. Jackson Square at the Quarter's epicenter has a lively street music scene.
Facing the Mississippi River, Jackson Square is fringed by some stunning buildings with a statue of Andrew Jackson, hero of the 1814 Battle of New Orleans, at it's centre. Then across Decatur Street is the famous Cafe Du Monde, a must visit for coffee and beignets, which are mini puffed up doughnuts dusted with iced sugar - extremely good on the wasitline I am told!
Then there is Bourbon Street, a kind of Playa de las Américas on speed. People, mostly drunk roam the eye-popping street late at night, dipping into frenzied bars, music venues, fast food joints and strip clubs. Beads and boobs come at you from every angle, but unfortunately so does the stench of excessive drinking. It does not bear thinking about how Mardi Gras magnifies the chaos that goes on here.
Canal Street is the main thoroughfare in the city and borders the French Quarter and the Central Business District. The famous streetcars run down the middle of Canal Street and are a perfect way to see the Garden District, all for $1.25. I didn't get to the Garden District, but history is said to be in abundance here.
History of course is not something that America is famous for, and it was noteworthy that unlike other American cities, the memories of time are nurtered and celebrated here 6ft below sea-level.
The Warehouse district suffered badly from looting and vandalism after Katrina but walking through there last night, it was scrubbing up pretty well. The area is known for its museums and restaurant scene, including television chef Emeril Lagasse's self-titled one (800 Tchoupitoulas St), which I was at last night and I have to say I was slightly disappointed with the food, although the people I was with were full of praise for their choices.
New Orleans is famous for it's creole and cajun food. Creole is a tasty combination of European cuisine with spicy influences from Mexico, the Caribbean and India. A lot of shellfish is used and in particular crawfish, oysters and shrimp. Antoines is a New Orleans institution. Cajun food tends to be fried with rice or cornbread as staple accompaniments.
The Court of Two Sisters situated in a grand building with a lovely courtyard out back was a good place to experience local cuisine. For something less local, Herbsaint was excellent.
You are never far away from music in New Orleans, whether inside or outside. It was the only North American city to allow slaves to gather in public and play their native music and so jazz was born. Rhythm and blues, southern rock, swing, rap and all things in between can be heard in a myriad of venues, as well as something called Zydeco, an apparent form of American folk music first originating at the beginning of the 20th century among the French speaking creole people.
New Orleans is a place that has witnessed terrible devastastion and there is an immense feeling of bitterness on the streets, but I sensed that the smile is coming back to the face of the city and although it is not always obvious, there are lots of things to smile about and I think one day I will go back for more. 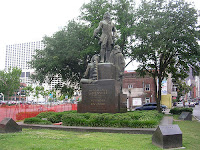 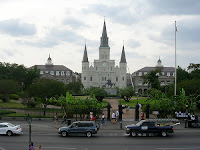 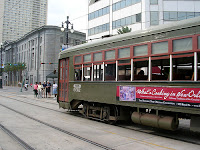 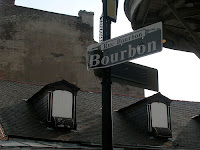 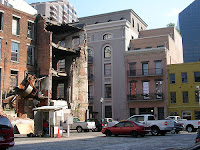 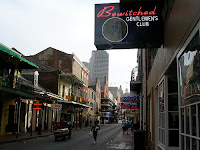 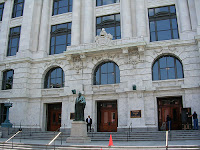 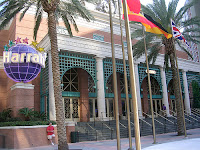 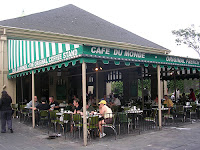