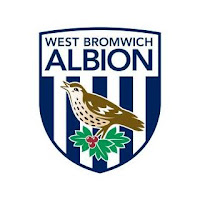 West Brom 0-1 Charlton, 5th February, 1995
There were and always will be those eve of days when a little voice in ones head convinces the subconscious that one needs to do something particularly ridiculous. Like getting out of bed early and driving halfway around the country to see Charlton.

A bit like tomorrow, the easy option is to stay at home or go down the local, but the only option really is to get yourself up there and give it large. Of course I'm not going to knock anyone not going tomorrow because I won't be there myself, although the current sales are very disappointing for what is the biggest game of the season so far.

A similiar tale to this was in 1995, a season when we were nowhere near as good as we are now. We had just thrown a way 3-1 lead at home to Derby to lose 4-3 Charlton style, then under Curbs and Gritty we got hammered 5-1 at Bolton (a game I was at) before we rolled into the Hawthorns 8 days later to play West Brom in front of the cameras.

We had not won a live TV game since the 1947 FA Cup final and it was becoming one those monkeys on our back that was frankly embarrassing.

West Brom with a prolific Andy Hunt in their side and ex-Addick Tony Lange on the bench were on a roll and there was no valid reason to get oneself up the M40 from what I remember apart from why not?

About 600 Addicks made the journey, similiar to tomorrow yet our home support averaged around 10,000 then, and each and everyone was prepared to get behind the team despite being outnumbered twenty to one.

The game wasn't very exciting, I could imagine non-Addicks and Baggies switching over to watch Ski Sunday at half-time but in the 2nd half we came out bright and in front of the away end Garry Nelson, captain for the day, latched onto a Mark Robson pass and slipped the ball under Stuart Naylor to score his 6th goal of the season before running over the celebrate in front of us.