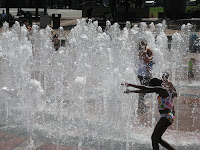 Atlanta began life as a railroad terminal in the 1830's and was actually called 'Terminus' until the chief engineer of the Georgia railroad came up with the mouthful of Atlantica Pacifica. This was shortened and Atlanta was born in 1847. The American Civil War brought major battles as the Confederate's tried desperately to defend Atlanta under severe attack from Union soldiers. When they fled they burnt everything they could to the ground. 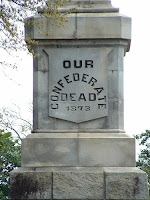 meant reconciliation with the North and investment and growth came albeit not without some racial tensions, although overall segregation was relatively painless helped immeasurably by a certain Dr. Martin Luther King. In the 1960's the city was a major organisational centre for the Civil Rights Movement, and in fact politicans dubbed Atlanta "the city too busy to hate."

The main boom to Atlanta both financially and in terms of population growth was after the 1996 Olympics. Perhaps remembered by others for the terrorist bomb that killed two and injured 111 in the Olympic Park (shrapnel can still been found in one of the statues), the games made a rare profit but it grabbed the attention of fellow Americans, particularly those from crowded northern cities.

There are no boundaries to Atlanta, no oceans, no mountains so it just grows and grows, meaning sadly it lacks a real heart as other nearby conurbations try to wrestle investment, employees, residents, shoppers and tourists. We stayed in Buckhead, just 15 minutes from downtown Atlanta and dubbed the 'Beverly Hills of the South.' High end shops, restaurants, hotels and tall buildings sporting names of big corporations pierce forests and parkland.

We stayed in the year-old Mansion on Peachtree hotel managed by my favourite hotel group in Buckhead, and honestly we just shopped like we had never seen a shop before so I can't tell you much about Buckhead, apart from the hotel was fantastic and we did make a little excursion to Horseradish Grill (ok, 6/10), near Chastain Horse Park.

We did spend a da 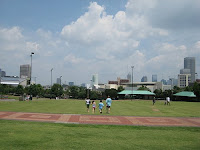 y in Atlanta and took the only trolley tour around town, when I say around town, the trolley covered 20 miles surveying Atlanta's urban sprawl. You could get on and off and we spent a fair bit of time in the Centennial Olympic Park, Atlanta's lasting legacy to them holding the Centennial Olympics in 1996. The park features walks and statues and hosts many events. It's centrepiece is kids favourite the Fountain of Rings where synchronized water streams dance in the air. Shows are four times a day to familiar tunes complete with sound and lighting effects.

Across the street from here are Atlanta's two major tourist attractions. Georgia Aquarium, the world's largest and the World of Coca-Cola, that doesn't need any explaining. We would have liked to have gone into the Aquarium, but it needed half a day and the $15 entrance fee put me well off the Coca-Cola advert with a roof.

We did pay for the CNN Center tour, the media companies global headquarters. I wouldn't recommend it unless it was serious newsday, and despite the over-excited tour guid 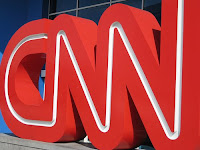 e (who reminded me of Willy Wonka) talking up the Iran crisis, the newsrooms had as much activity as my office on a Sunday. To reach the various studios one takes the world's longest free-standing escalator takes up and over the ground floor food court, that appeared to be an air-conditioned base with 24-hour television thrown in for the homeless!

Back on the seriously hot trolley bus we drove by Atlanta Braves' Turner Field, previously the 85,000 seater 1996 Olympic Stadium. The oldest park in the city is Grant Park, which was pretty lush considering the heat and the park also contains Atlanta Zoo. Oakland Cemetery is huge and is the resting place for an estimated 6,900 Civil War burials, of which about 3,000 are unknown soldiers. They were all of Confederate ilk and the section is marked by a 65ft tall obelisk (above right).

Martin Luther King was born in the house pictured below in Atlanta 80 years ago. The area is not the best, but all the parts dedicated to MLK are immaculate and have a certain reverence to them. There is the National Historic Site, that also includes Ebenezer Baptist Church, where a young King used to preach. Across the street is the memorial park with MLK's gravestone on a brick and concrete plaza with an arch-covered walkway and chapel partially surrounding a reflecting pool. At the centre of the pool raised on a pedestal rests his crypt. On it is engraved the immortal words: "Free at last, free at last, thank God almighty, I'm free at last." 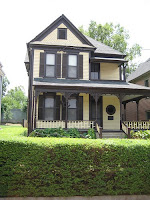 Gone with the Wind was written by Margaret Mitchell, who is another of Atlanta's most famous residents. Her house and a museum can be visited in Midtown. The downtown area is really not exciting except for the gold topped State Capitol Building, the High Museum of Art may have grabbed our interest but it was off the beaten track and by this time we were bloody hot and it was time for a drink. We'd passed Varsity a number of times but our thirst got us at the wrong point of our journey, however Varsity might have been worth a stopover as it is the largest drive-in in the world, something Atlantan's must be very proud off!

Atlanta is the city that never ends, literally and therefore is a myriad of 8, 10 and 12-lane highways and with an incredible 71 roads named Peachtree that doesn't do anything to ease orientation. Traffic is a big problem as nearly everyone lives in the suburbs and drives everywhere, this despite a reasonable transportation system. Despite this, Atlanta is still one of the fastest growing cities in the United States, and has more than it's fair share of Fortune 500 companies headquarted in Atlanta or it's vicinity meaning there are plenty of exclusive enclaves such as Buckhead that have the look and smell of new money.  ¶ 15:36